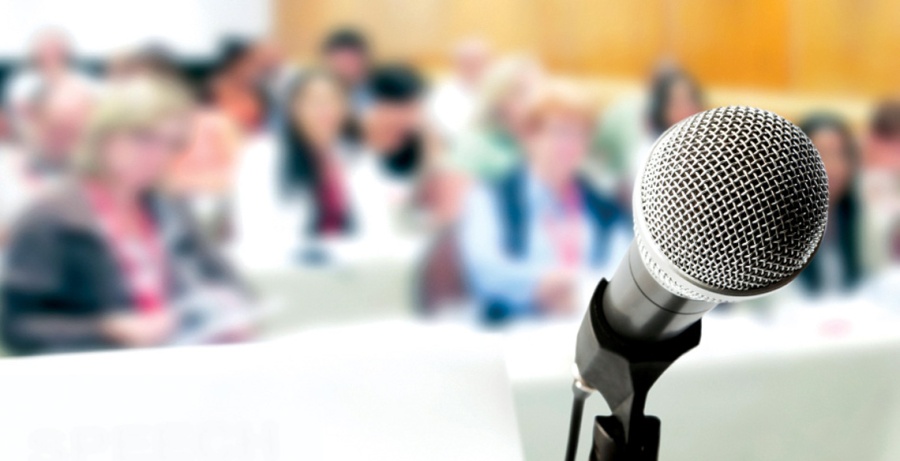 Complexity in Photonics: scaling down nonlinear dynamics in optics

Abstract: Photonics has experienced a tremendous progress in the past decades. Thanks to the fast development of micro and nanotechnologies –from fiber optics to miniaturized semiconductor devices and metamaterials–, new scenarios emerge for nonlinear dynamical  phenomena where light-matter interactions are enhanced in wavelength or sub-wavelength  dimensions. A question then arises: what opportunities do such novel technologies offer for  nonlinear dynamical systems? And conversely, may non-linear dynamics at the nanoscale open  up new horizons for applications?

This MS is intended to give an overview of cutting-edge research in the domain of nonlinear photonics, with particular emphasis in micro/nanophotonics. Topics will cover dynamical phenomena in artificial materials and devices such as active photonic crystals nanocavities and micropillars, nonlinear polaritons and plasmonic resonators, together with spatio-temporal complexity in optical resonators including vortex and ultra-compact localized structures, but also phenomena in the rapidly growing field of PT symmetry breaking and non-Hermitian photonics.

Nonlinear Dynamics as a language for Biology

Abstract: Dynamical models are increasingly crucial for understanding biological processes. Nonlinear dynamics has allowed to go beyond descriptive models into developing mechanistic models to further explore hypotheses or make predictions. As we will show in this symposium, the scope can be really vast, going from micro-organisms to extinct species, or studying brain dynamics. We will also discuss how nonlinear dynamics can be a valuable tool to develop biologically inspired robotics to advance the knowledge of stimulus processing and movement generation.

Abstract: Nonlinear time series analysis is a useful tool in the study of phenomena whose governing laws are unknown or too complex to attempt a detailed analysis. The working hypothesis is that the (often noisy) observations are output by a dissipative nonlinear system. Typical topics include the characterization of the underlying dynamics (via, e.g., Lyapunov exponents and fractal dimensions), prediction, coupling directions in case of multivariate analysis, detection of determinism, and discrimination of dynamical states. Other approaches to data analysis in complex dynamics and systems include the network methodology and the determination of extreme events. The aim of this Minisymposium is to bring together a small group of experts in those techniques to discuss the most recent developments both in the theory and applications, as well as to exchange new ideas.

Abstract: The aim of this mini symposium is to bring together researchers from different areas of dynamics  in order to discuss and share methodologies, new results as well as different approaches to rather similarproblems, such as dynamics in abstract multidimensional systems, planetary and galactic models and many particle systems, among others.

The methods of Hamiltonian dynamics, that are widely used in a broad class of dynamical systems like toy models, planetary and galactic scenarios, as for instance N-body models in proto-planetary gaseous disks, Solar System dynamics, Milky Way phase space structure in local volumes around the Sun and so on. Moreover, most methods of Hamiltonian dynamics are currently also adapted for multi-particle physical systems with interactions that are more general than the ones appearing in, for instance, Celestial Mechanics. Systems of interacting vortices and other macroscopic coherent structures in fluids and plasmas, and a variety of coupled systems of nonlinear oscillators describing optical, molecular, and solid state systems, are some relevant examples.

Open problems in chaotic dynamics include, among others, the theory and computation of special orbits, the chaotic transport or diffusion, the concomitant influence in the spatial structures as well as many other exciting subjects that will be discussed in this mini-symposium.

Travel, lodging, and general information about Punta del Este, and how to get there, can be found at the tabs About and Venue and Accomodation.

Guidelines on how to submit mini-symposium proposal and oral/poster contributions can be found at the tab Important Dates and Guidelines.